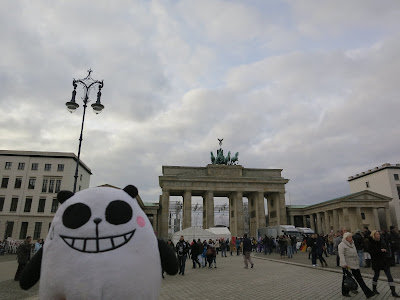 Berlin once had, like the whole of northern Germany, a meaty brewing tradition influenced by Belgium. This was, unfortunately, obliterated by the evil Reinheitsgebot, so blame the Bavarians for the beeristically challenged nature of the modern Berlin beer scene. The more open minded nature of this part of Germany compared to their mountain dwelling southern cousins though is reflected in the fact that you consistently get a wider and less parochial choice of beer when browsing the shelves of a local supermarket. 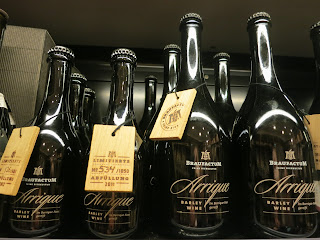 These Braufactum beers weren't available in the Munich Galeria but were proudly on display in the Berlin branch on Unter Den Linden. They are a brave attempt by a German brewer to copy non-German styles such as IPAs and barley wines, and are all of a consistently high standard. They are let down though by the unnecessarily high price tag which means it's always cheaper to get these imported on the web - it's difficult not to suspect that the price is to make them "reassuringly expensive". 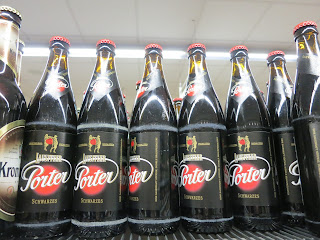 At the other end of the scale of German kopykat brewing, we have the truly vile excuse for a "porter" that is the Lausitzer variety. These have the ingenious extra ingredient of an entire year's sugar production of Brazil in each bottle.