Norway, like Sweden, has the strange policy of only allowing alcoholic drinks below a certain strength to be sold in supermarkets - anything above has to be sold in state owned booze shops. The Norwegian equivalent of the Swedish 'Systembolaget' are the altogether more user-friendly named 'Vinmonopolet' - you don't have to be an expert in Nordic languages to be able to summon up a guess as to what that might mean.
From the outside this one near the Bislett stadium could pass for the Bates Motel... 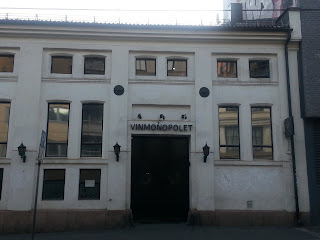 Once inside though you realise you won't be in any danger of being knifed in the shower, although you could well do yourself a nasty turn when you see some of the prices. 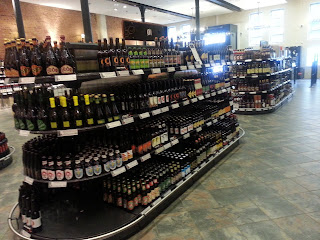 The choice at this branch was way better than the Systembolagets I visited in Sweden. There's oodles of top-notch craft beer from all over Europe, including some great stuff from Italy. 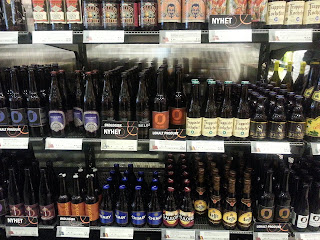 Corrrrrrrrrrrrrrrr, look at them lot.
These scrimshankers all together cost me north of 75 quid... 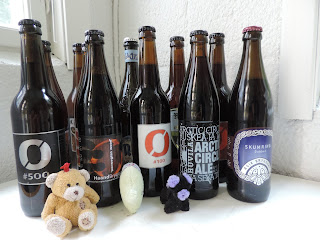 There is quite a significant difference, though, between Norway's policy and Sweden's - in Sweden, the cut-off level for supermarket booze is a very restrictive 3.5% whereas in Norway (as far as I can tell) it's 4.7%. A difference of 1.2% might not seem much, but it makes all the difference in the world when it comes to beer. A good chunk of traditional beers come in around the 4.5% mark, which means that you can still get a perfectly reasonable selection from supermarkets, including some Nøgne and Ægir brews. 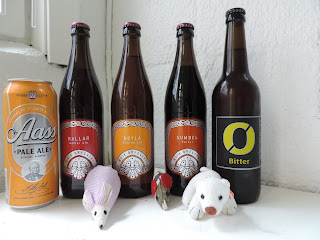 These jokers can all be bought away from the government's beady eye. Yes, that one on the left is called 'Aass' - it's not up to much though.
Posted by Beeron at 21:34