As Sweden has the curious approach of not allowing any alcoholic drinks over 3.5% to be sold in supermarkets, a predictable result of this is that brewers, both Swedish and foreign, brew special 3.5% versions of beers which would normally be of regular strength. 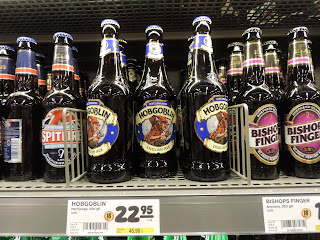 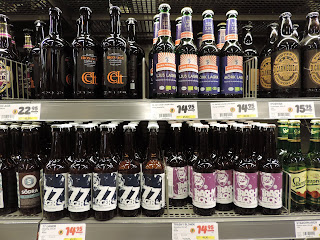 "Celt" by "Iron Age" is a beer I've had before in its normal form, and this one suffered a fair bit in comparison - something thin and watery about it.
Some of the Swedish 3.5% dudes were actually pretty good, but of course their brewers will take it a lot more seriously. 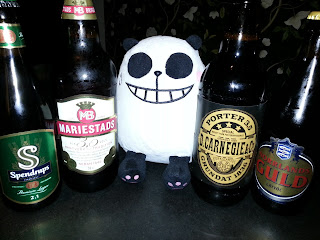 This groovy place on Södermalm specialises in mixing craft beer and sausages... 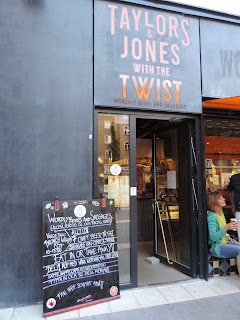 A bottle of "Brother Thelonious" and a sausage will set you back about £17, but this is Stockholm.
Posted by Beeron at 20:32