My quest for unfiltered German beer has lead me to Berlin, and in particular the brewpub Eschenbräu. This is not particularly easy to find, being hidden away round the back of another building, but it's worth it for their unfiltered beer, cider, and a wicked apple juice. 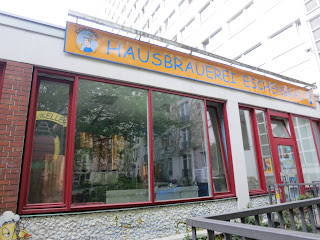 It's a funky laid back sort of place typical of Berlin, and has the highly commendable policy of allowing drinkers to bring their own food. 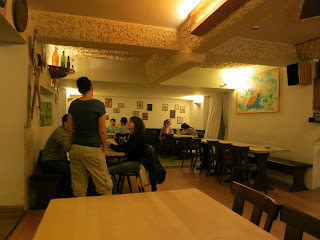 The Pilsner is a juicy golden colour but for me had a tad too much carbonation... 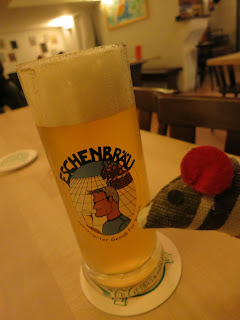 They also do a cider which was decent but again a bit too fizzy.

Onto "Hops and Barley", a brewpub which is located on a street full of hippy shops and stuff. 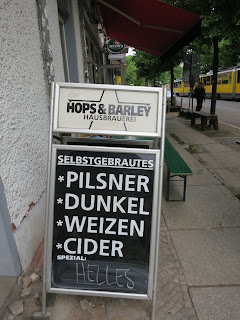 It's a cozy convivial place inside... 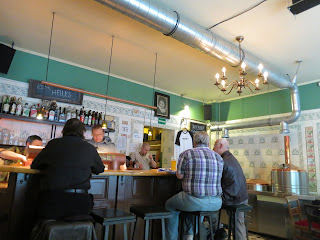 Their unfiltered pils seemed to use some non-standard hops; at first I found it a bit odd but it gradually grew on me. 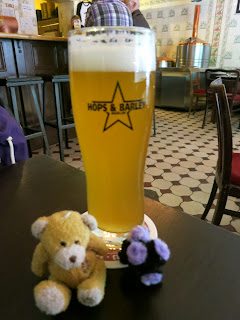 Their 'special' was a Helles which, unusually, I didn't regret ordering.
If you ever saw "King of the Hill" then you might remember that once an episode there was one character who would speak a load of unintelligible gibberish in a strong southern USA accent. Whilst I was there an American geezer came in and started asking the staff for recommendations in what sounded like a double-speed impersonation of this character. He eventually got a Pils and retired outside, after which the staff conferred to try and come up with some guesses as to what he might have been asking.

Finally we have Brauhaus Südstern, a brewpub with a beer garden bordering a large park. 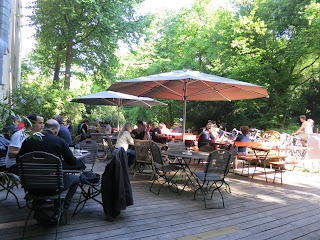 This place is highly unusual in that it does a Roggen Ale, which they tragically have renamed "Roggen Roll Ale" (the pub has a music theme). Despite this, it's a highly commendable German attempt at a top fermented beer. 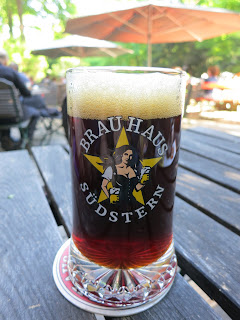 There were some very interesting flavours in there because of the rye and barley - the only other one of this style I tried was the Stortebeker one, and this was far superior to that one.
The Helles is unfiltered and was infinitely superior to the bland ones you get in Munich. 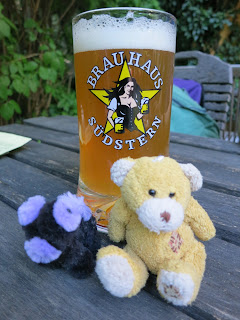 All three are recommended, but Südstern comes out on top.