Were you to start at the restored old town in Dresden, and walk down the right side of the Elbe towards Meissen, you would eventually reach the area called Pieschen. There the Elbe is very wide, and if you can avoid the extreme cycle terror then there is a wonderful reward waiting for you by its banks. 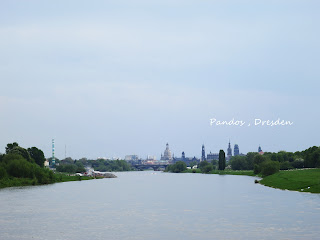 A brewpub in Germany doesn't usually evoke too much excitement, as although the beer is freshly brewed on site, it usually isn't very interesting. The Watzke brauhaus and beer garden, though, is an altogether different beast from your average German brauhaus. 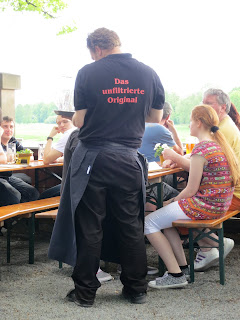 As the back of the beer serving dude proudly proclaims, all their beers are unfiltered. There's a Pils, something called an Altpieschner, a wheat beer and a seasonal, which of course in May was a Maibock. Outside there's a beer garden where you can catch a glimpse of the Frauenkirche in the distance. 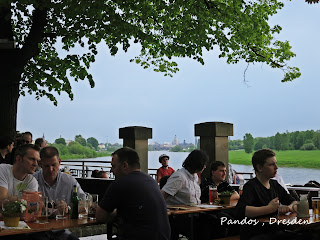 The main building itself is a converted ballroom... 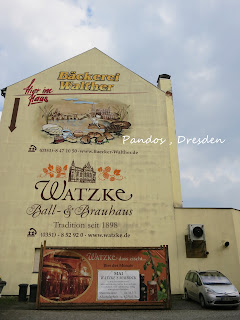 They still hold 'balls' there apparently, which allow you the novelty of drinking unfiltered beer whilst mincing around in a DJ and tie. They also have the coolest car ever, featuring someone who sort of looks like a younger Ray Winstone. 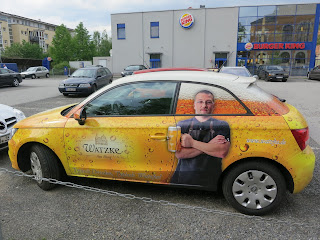 Inside you can get these wicked mini barrels which you can plonk on your table and then you don't have to wait for someone to bring you your next pint. 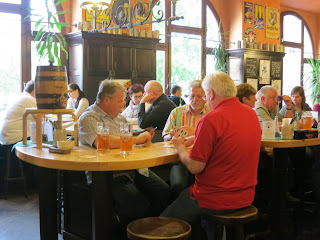 The Pils is the best one I've had in Germany without a doubt... as good as anything I've had in Prague. The hops literally burst into your nose and ears. 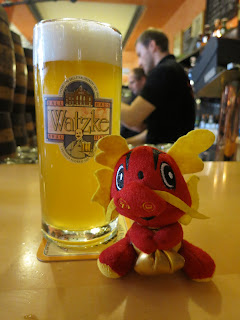 The Alpieschner is darker and has a caramel type thing. 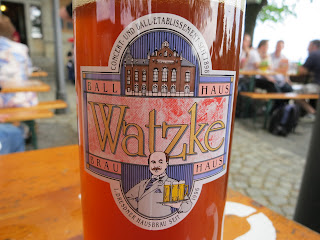 Watzke... the finest brauhaus I've been to in Germany, including those in Cologne and Dusseldorf.