Even if you had only one eye you couldn't fail to spot Lord Nelson as you amble through central Copenhagen. 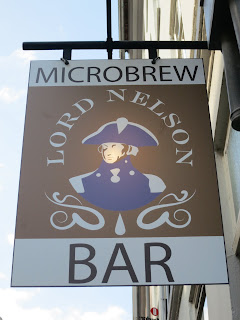 Here you will find a good selection of Danish craft brews, without a French fleet guarding them. 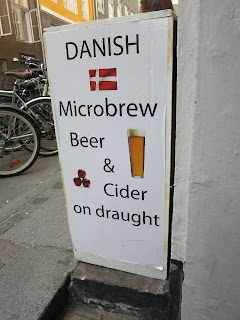 Some big names in the Danish brewing scene... 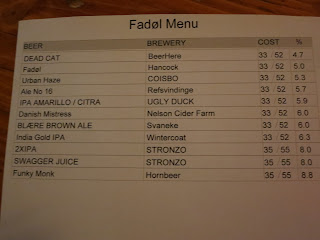 Inside it's small but with a traditional pub feel. 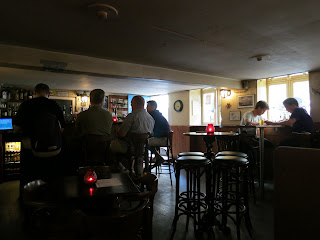 I once had a 'BeerHere' by mail order when I lived in Germany ('Fat Cat' as I remember) so I opted for the 'Dead Cat'. 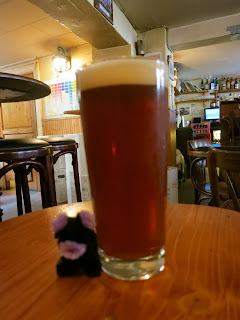 These 'BeerHere' dudes really know how to brew.

On to the famous Mikkeller Bar... doing a brisk trade early evening. 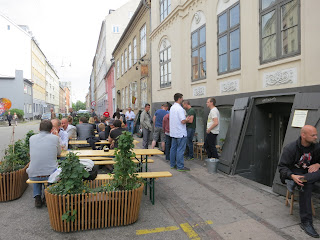 Walking in you feel like you've just walked into 'Jazz Club'... 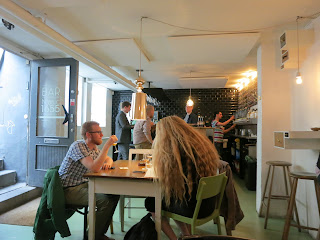 Blackboards at school never had anything this exciting written on them... 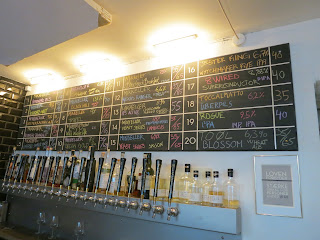 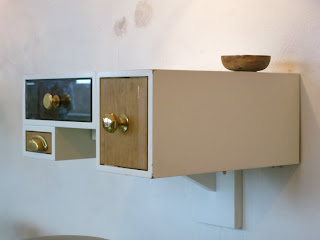 The beers normally come in small 20cl measures (although some are available in 33cl), probably because a 50cl of most of these would cost an arm and a leg. 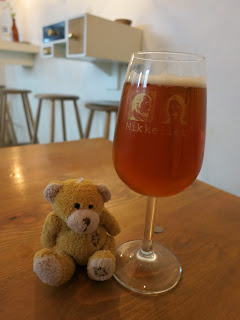 The "It's alive" is described as 'Chardonnay Mango Barrel Aged'. This took me a bit of working out - was it aged in a barrel which had had mango or Chardonnay in it? Or both? Or did it have Chardonnay hop in it, and had been aged in a mango barrel? Or did it have both Chardonnay hop and mango in it, and it had been aged in a barrel which had contained sheep dip? It was reasonably interesting but I don't think I'd want to pay 6 Euros for 20cl of it too many times.
A 'Wild Winter Ale' I would expect to be something thick and dark and decidedly cellar temperature, and maybe include some wolf howling noises and fireworks and stuff with it, but instead it was pale and too cold and without howling.
I'm sick to the back teeth of IPAs so I tried a 'Lambicus'. It wasn't really like a Belgian Lambic (I'm not even sure it was trying to be) but paired with a beer sausage was probably the best of the three. 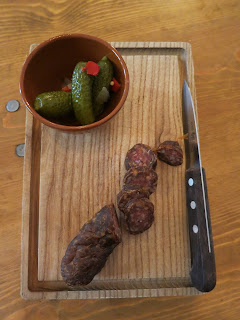 As you depart and head on down the street, you come to a beer shop specialising in the Norwegian brew Nøgne, called 'Den Norske Landhandel'. 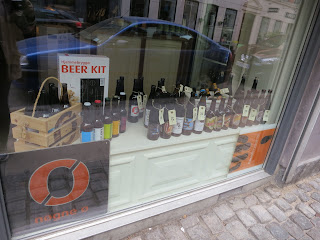 This geezer's got his sales patter well sorted out - as soon as you come in he pours a beer for you. 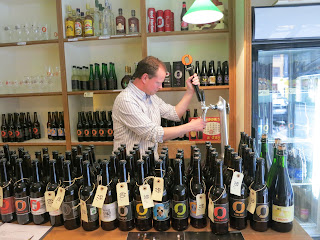 He even taught me how to pronounce 'Nøgne' - from what I can remember it's something like 'Nonnoo'. 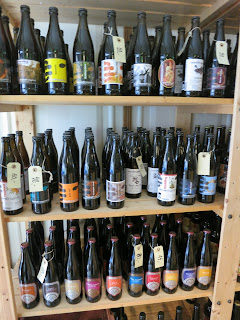 Cor blimey, look at that lot.