The creeping fingers of Evil

One of the great things about Germany compared to Britain is the lack of puritanism and prohibition. You can get a beer practically anywhere - in a museum, at a kebab place, in a park, at the cinema, at the canteen at work. Just as importantly, nobody would dream of batting an eyelid at you for doing so, whatever the time of day. It's perfectly normal to see people at the train station at 9am having a beer whilst waiting for their train.
But unfortunately I recently saw a very disturbing sign on the train from Celle to Lubeck. 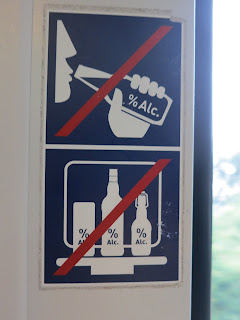 This wasn't a Deutsche-Bahn train; it was run by a company called "Metronom", which as far as I can work out is owned by a couple of the states in the area (other accounts suggest it's privately owned though).
I very much hope this isn't the way things are going to go in the future in Germany; I would gladly boycott this revolting train company if I had the slightest choice.
Germany beware - do not invite the odious disease of self-righteous puritanism through your front door, because like Count Dracula it will stick its fangs in and you will never be rid of it.
To get rid of this sick feeling in the stomach, I had to retire to the nearest Brauhaus. Luckily Lubeck has a fine example in "Brauberger". 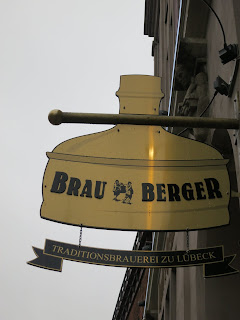 Situated in a quiet side-street in the Altstadt, they have a traditional look inside. 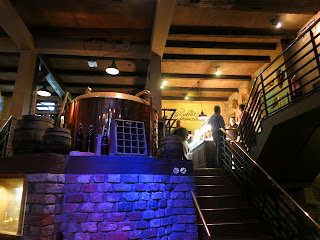 One wall is adorned with a fat King. 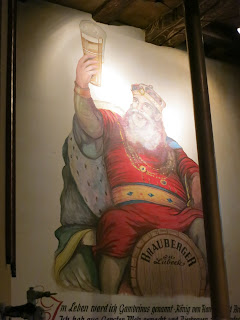 I don't know what this jolly plump fellow would have thought if he'd known that one day in the distant future you wouldn't be allowed to drink a beer on a train in his kingdom. You would have had to explain what a train was first I suppose.
Their house brewed unfiltered Pils needs no explanation though. 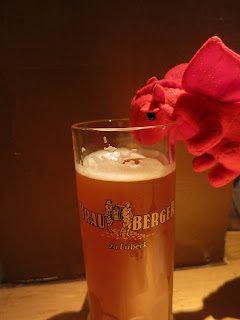 Whilst drinking it I had a vision of the fat King smashing a Metronom train to pieces with his axe. Cheers Fatso.

The town of Lüneburg is a gem which should be much more widely known. Apart from a splendidly preserved Altstadt it's other notable feature is the Brauhaus "Mälzer". 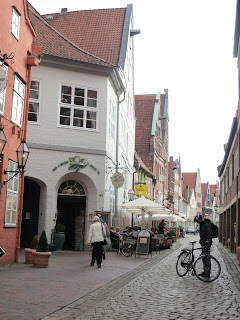 Inside the brewing paraphernalia is as usual on full view. 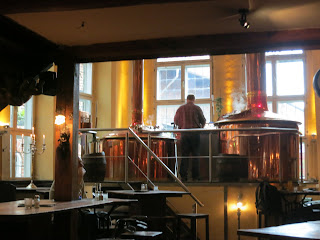 Their unfiltered Pils is decent enough, but what really stands out is their Weissbier. 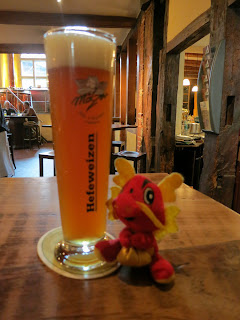 "Caramel Surprise" is what they should call this beer. The caramel flavour is so strong it's still coming out of your armpits days later. Whatever type of yeast they're using, they should pass on some of it to some Bavarian brewers, who are put to shame by this fine example of the genre.
Posted by Beeron at 20:27