Carlsberg's advertising slogan in Denmark is "this calls for a Carlsberg". What does? Being told you have to take poison? Finding out you have no mouth? Being hired by Meat Loaf as his personal trainer?
In response to the growing availability and quality of Danish craft beer, the fat slobs at Carlsberg decided they'd get in on the game, and so in 2005 was launched "Jacobsen", named after Carlsberg's founder, Jacobsen Jacobsensen. You can get these in Netto, but I passed on them until they were the only serious beer option on the menu of a Chinese restaurant. 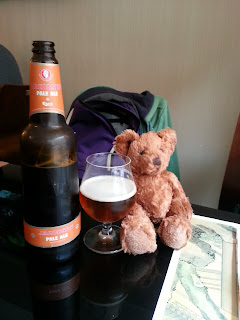 The Pale Ale is a creditable attempt and, like the whole range, come in whopping 75cl bottles. It's not overly hopped and doesn't drown you in grapefruit; their "Saaz Blonde" though is better. 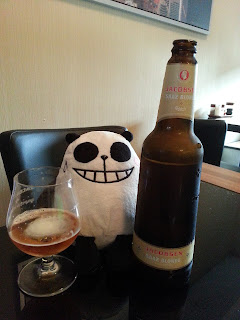 This is a serious brew; it's nice to have a heavily hopped beer which is not of the cirtus variety for a change. Suggestion to Carlsberg - stop making your revolting urine based drink for which you are best known, and make some more of this instead. 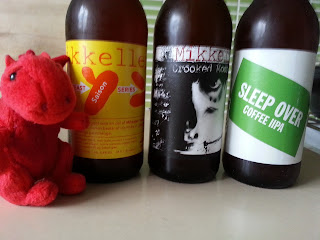 A Mikkeller beer which really 'stands out' is their "Sleep Over Coffee IPA". If you ever tried mixing tea with crème de menthe, or brandy with lemonade, or red wine with hot chocolate, then you'll have some idea of what this is like. The coffee and the hops in this don't remotely go together, and I imagine that's what the point is. It's Mikkeller. 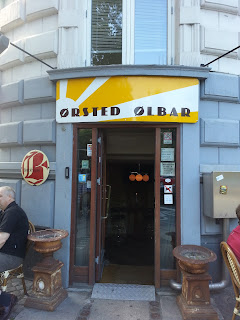 "Ørsted Ølbar" is a fine pub near the centre of Copenhagen. They have a good selection of craft brews on tap, and hundreds of bottles including lots of Belgian classics. Several of the tap beers were from the local "Amager Bryghus". 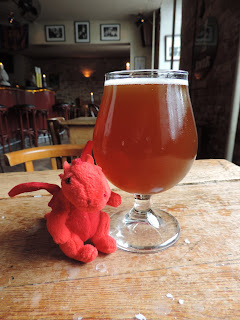 "Showdown in Tourpes" is a fine Saison, but the star of the show was their incredible stout "Pride". 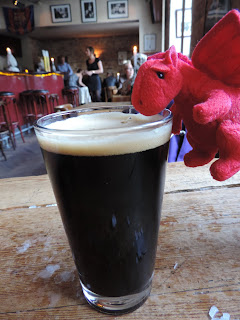 At 10% it has a lot of muscle, but it doesn't use it to beat up people who listen to Coldplay; instead it uses it to provide a whopping aroma that almost knocks you out, with a flavour so full of stout type stuff that you have to spend at least an hour or so on one glass.
Cop these... 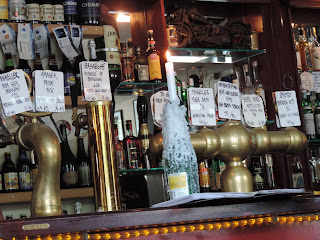