Filtering and pasteurising is of course the worst thing you can do to a beer, so when I spotted this fella in the supermarket I bung a couple in, as you don't have to speak Czech to work out what 'Nefiltrovany' might mean. 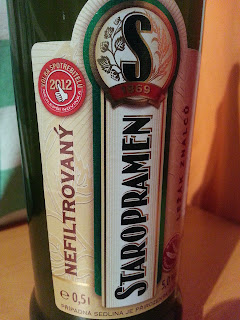 The bog standard Staropramen which I tried was very uninspiring; the only one of the ten or so Czech beers I've tried from the supermarket which I wouldn't get again.
This one was way, way, better though; nice and cloudy, with spices and fruitiness. Why exactly would they make the crud ones when they can make this? At about 60 Euro cents I bought another 6 today. 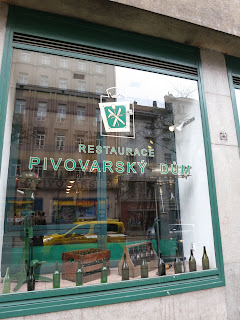 It's always encouraging when a pub / restaurant has brewing equipment on display in the window, and when the menu is headed 'we serve unfiltered and unpasteurised beers' then that's even better. 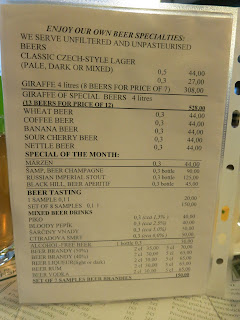 I went for the mixture of pale and dark lager and it was a reminder that lager can be as flavoursome as any beer when it isn't buggered with. 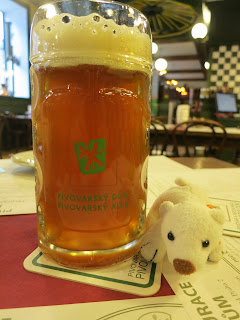 Lager is the beer equivalent of pizza; abused, defiled, misrepresented and misunderstood.
There's lots of beery snacks to keep you going, such as 'beer cheese'. 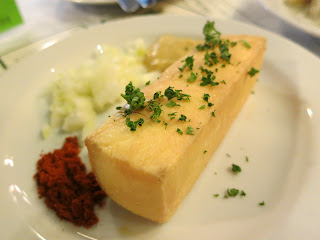 They also do their own fruit beers; I went for a 'nettle' and a 'sour cherry'. 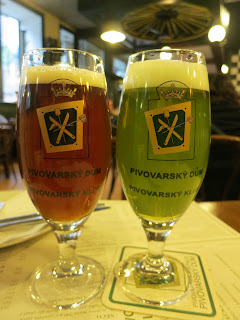 The nettle one had just the right combination of beer and fruit flavour; the sour cherry one was much more oriented to the sour cherry taste but was still worth drinking. You even get a real sour cherry at the bottom... 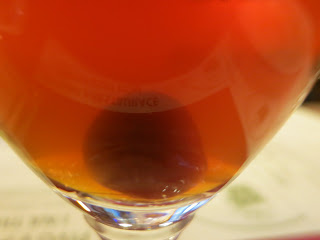