It's usually a good idea when in a certain country, to drink the beer styles which have a heritage there. So avoid lager in the UK which is normally fizzy piss, and don't even get me started on the vile noxious filth which passes for 'porter' in Germany.
How does Czech fare when it comes to brewing non-lagers? 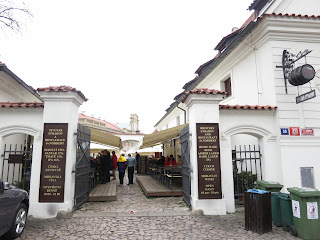 Non-lager styles are usually referred to as 'special' on Czech menus but without much more detail, whereas in this place they've got a heavy tourist custom. 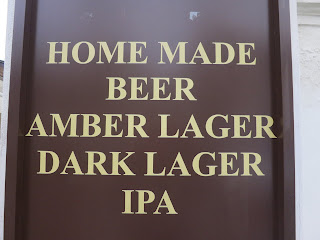 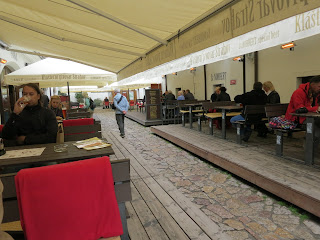 Their IPA is a regular feature of the show, with various rotating beers, one of which was an 'American Pale Ale'. Everything's unfiltered and unpasteurised naturellement. 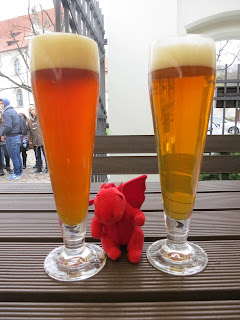 The 'APA' on the right contains what the brewery claims are newly breeded hops - 'Mandarin' and 'Polaris', although it doesn't say how the names were chosen. It had been a while since I'd had a heavily citrus hopped beer, and this one reminded me why - all hops and no chops you might say. The bitterness drowned out everything like an enraged elephant in a glockenspiel performance.
The IPA was far better though, with the Amarillo and Cascade in proper proportion. Either of these could have come straight from an American craft brewer. 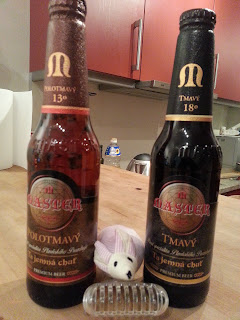 This pair of fellas from a supermarket were a curiosity. I wasn't able to find much detail out about them other than that they're called 'Master Pivo', and that they're 'Special' beer. The lighter one was vaguely like Old Speckled Hen, whereas the dark one looked, smelt, and tasted like a coffee infused stout. Definitely worth getting again, although they're battling for room in my trolley with the unfiltered Staropramen and the unpasteurised Klaster lezak. 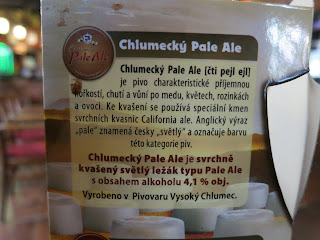 Olomouc is a town in the east of Czech, and in the 'Sherlock Holmes' you can find various special beers such as, depending on the season, fruit ales and pale ales.
The pale ale was a commendable effort, and mercifully not overhopped. 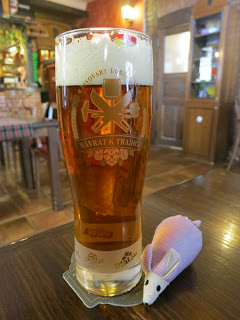 Nice as it was, it couldn't quite compete with the star of the show, the unfiltered Rychtar: 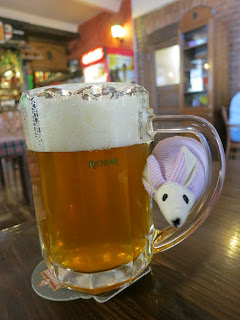 Skilful though the Czechs are at brewing non-lagers when they put their minds to it, I'm going to stick with gems such as this.
Posted by Beeron at 08:47