"Tankové pivo" are unpasteurised beers with natural carbonation, delivered to the pub in giant lorries. You can find them in lots of places around Prague, this splendid place being one of them: 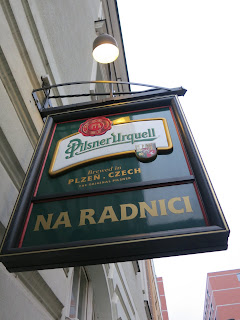 Pilsner Urquell, in its bottled form, is a reasonable enough beer, and is the pilsner I'd always drink in Germany if I had a choice. In its 'Tankové' form though it's far superior. 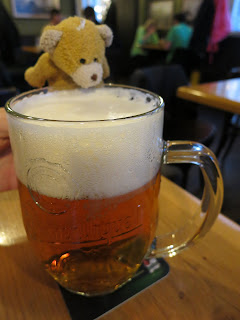 Guz daaan griiiiirt.
So which of pasteurising and filtering is it more important not to do? To investigate I proceeded somewhere which has both unpasteurised and unfiltered beers. 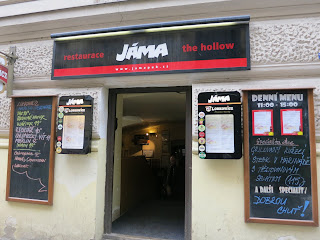 This place has beers from some of the finest breweries in Czech, including Rychtář. 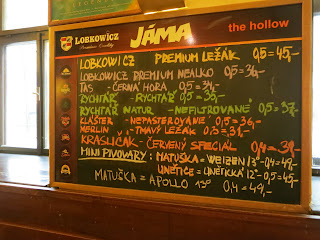 This unfiltered specimen from "únětický pivovar" was unspeakably good. You could guzzle it down in 5 seconds so smooth is the carbonation. 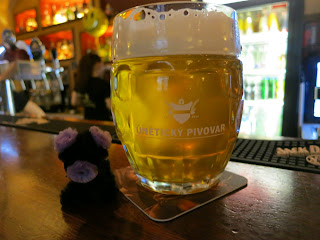 Next up was an unpasteurised "Klášter Ležák". 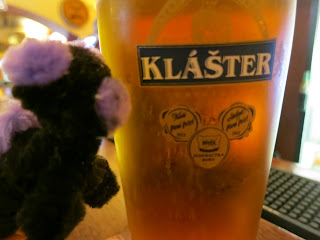 Good but not a patch on the "únětický".
Every time in a Czech pub now I ask for a "nefiltrované" as to me that's more important than "nepasterizované", and sometimes they even understand what I'm saying. Luckily the beer boards outside usually alert you to the presence of such a brew.
Posted by Beeron at 19:18