As the train passes through Mittelfranken the scenery begins to resemble something from a cheese advert: rolling pastures and undulating hills, topped with conically domed fortifications and monasteries. Weissenburg is a small town with a well preserved Altstadt, typical of many in the region. 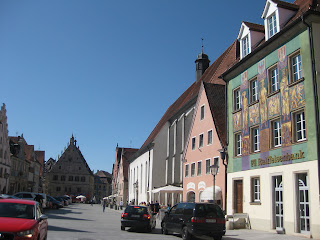 A town of about 15000 people has two breweries, and one London bus. Ken - see what you've done? 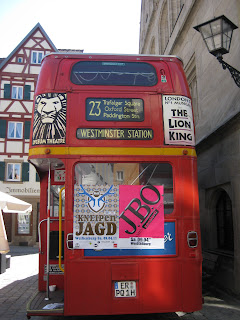 Who needs honey when you're in Franconia? 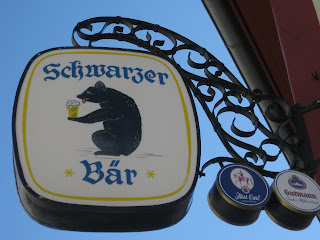 Franconian beer is spoken of in hushed tones of reverence, even by those who might otherwise dismiss much German beer, and it's easy to see and taste why. One of the town's breweries is Schneider (no relation to the Munich brewery): 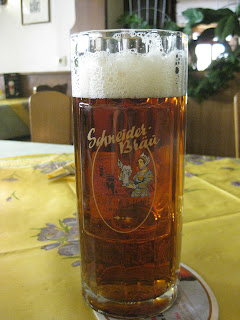 The thing I always notice first about Franconian beer is how incredibly easy it is to drink. You have two sips, and then realise you just drank half the glass.
Were I to become a member of the Freemasons, the Bullingdon Club, or the England rugby union team, and had to undergo an "initiation ceremony" which involved either slamming my nob in the fridge door whilst wearing an Afrika Korps uniform, or drinking a "yard" of beer without pausing for breath, I would undoubtably choose the beer option, but would insist that it was a yard of Franconian beer. In this case I could gulp it all down in ten seconds, thus avoiding the "forfeit" of having my anal cavity explored by Boris Johnson or Will Carling.
Posted by Beeron at 08:43