When I heard that the world was going to end, naturally I was as alarmed as everyone else. Clearly what was called for was a pilgrimage - not to Santiago, although it's well worth going to, but instead a beer pilgrimage to Dusseldorf and Cologne. If it helps to avert the end of the world then great, but otherwise I would at least have had a chance to try Alt and Kolsch in their home towns before being "raptured", assuming I was invited.
Luckily to get to those towns from Munich you pass through Franconia. Aschaffenburg is a distant outpost though, apparently more culturally attuned to other towns on the Main rather than the rest of Franconia. 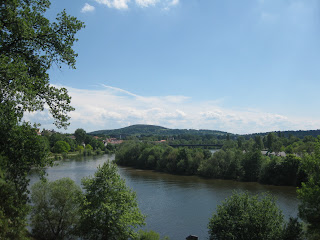 A museum in this castle relates the town's history: apparently it used to belong to the Archbishop of Mainz, although who he bought it from it doesn't say. 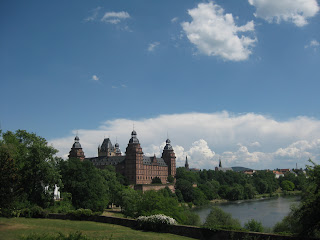 These fellas were clearly having a great time, you can tell from the expression on their faces, especially the geezer in blue. 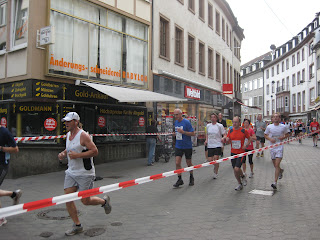 Afterwards they probably retired to Schlappe-Seppel, which is the famous brewpub in this town. It has quite a celebrated history and has been around for yonks. 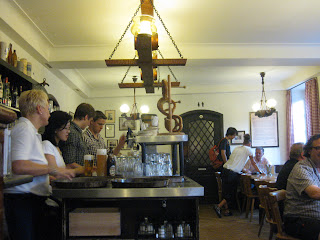 This is a genuine down to earth boozer, where all walks of life come to neck the beers. A year back you probably wouldn't have been able to see for the fag smoke. 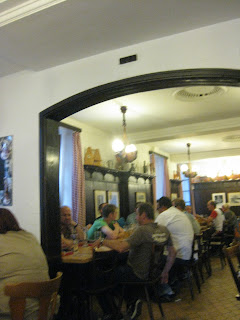 They have a choice of filtered and unfiltered, and a Pils which curiously only comes in a bottle. Here's the unfiltered... 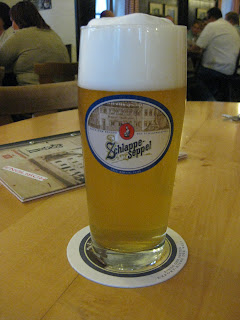 To be honest it wasn't anything at all special by Franconian standards, but I didn't tell the waitress that because of her muscles and tattoos.

Dilemma: I once tried Weihenstephan's Helles, because apparently it's the oldest brewery in the world. This immediately begged the question, "Why the fuckity fuck in all that time haven't you learnt how to brew an interesting beer?". It really did sum up what makes so much Munich beer tedious. So when I was faced with the choice of either one of those or some of the local apple wine, which did I choose? 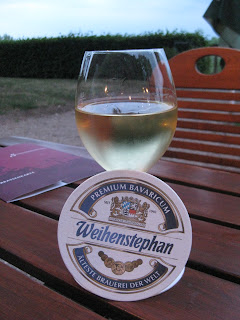 No contest really. The apple wine reminded me of my time living in Frankfurt a decade ago. 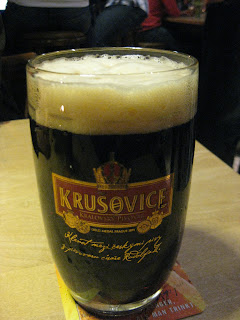 I just don't think a beer calling itself "black" can be done under the 'Gebot - you need something roasted in there. This was decent enough though and made a good accompaniment to a late night Currywurst. 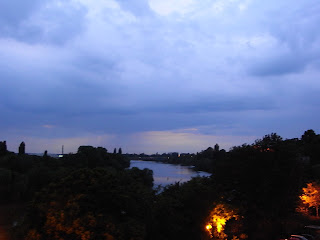