Bamberg has been blogged about so many times it has blog smelling sweat coming out of its orifices. But it's always nice to get out of Munich to somewhere with more interesting beer. As you sit on the ICE heading to Nurnburg you can ponder where to start the evening as you watch the scenery go by. 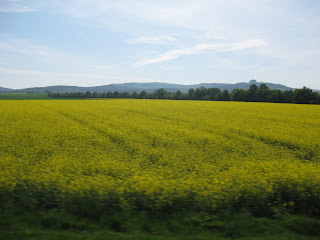 There might possibly be a tiny element of overrating Bamberg's beers just because of its novelty and the fact that Franconia is surrounded by a sea of beery mediocrity. I've never found Fassla's beers, for example, to be that exciting, and I don't really go for Rauchbier.

The finest beer in Bamberg for me can be found at the Wilde Rose Keller, up a hill behind the Altstadt. 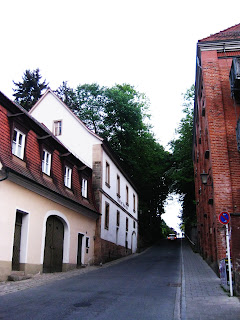 The climb is worth it and will build up your thirst to a mad frenzy. 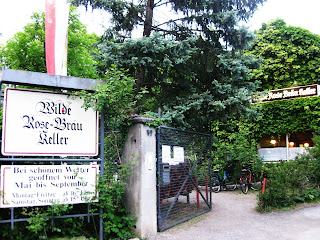 The beer garden is fenced around so there's no view to be had, but the beer more than makes up for that, mercifully free of the Rauch taste.

If you want a view of Bamberg then you need to head back down the hill, turn right, and then a nice stroll will dump you at the entance to Spezial Keller. 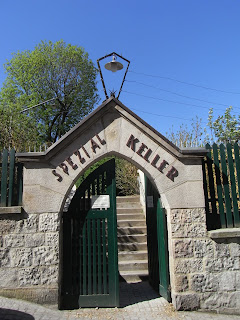 Here I don't like the beer that much but the view makes up for it. If they could only combine their beer garden with Wilde Rose Keller's beer surely they'd have the finest beer garden imaginable. 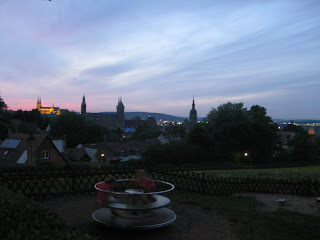