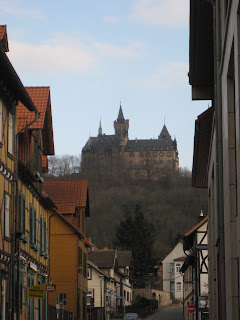 "Who lives in that castle?"
"What castle, I don't see no castle..."
"That's because you're not looking, idiot."

If you're a Hammer Horror geek you'll recognise this classic dialogue from "Dracula Prince of Darkness". All the best Hammer films feature a castle, which the locals refuse to talk about or acknowledge, towards which destiny inexorably draws the protagonists. This one is just begging to have a certain Count resident there. But you don't need ghostly unmanned coach and horses to carry you there. This yellow fella will wisk you there without making you stay the night and join the undead, unless you miss the last one back that is. 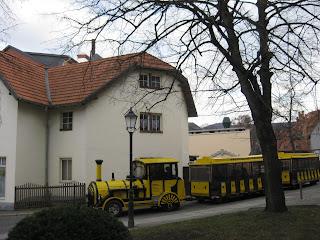 More evidence that North Germany has a more interesting beer scene than Bavaria was presented with the presence of an Altbier on the menu of a Chinese restaurant: Diebels Alt. 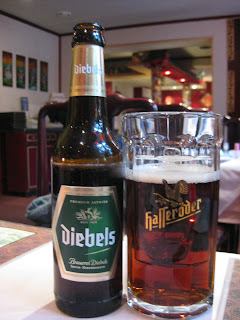 The two previous Altbiers I'd tried, Um Uerige and Pinkus, made a very favourable impression. Unfortunately this one didn't: I renamed it Diebels Cola. Too much carbonation, too little flavour and too sweet.


At last I got to try a Berliner Weisse... I resisted the urge to drink it with a cocked little finger. Is the straw how they drink it in Berlin? 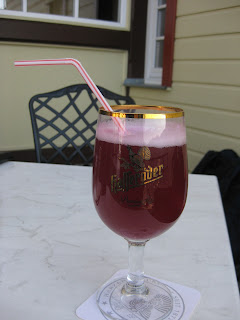 This is with the raspberry syrup option... it tasted a bit like a sparkling wine spritzer.  I'll reserve judgment on the beer until I can try it without the raspberry, as I could only detect a very faint sourness.
Posted by Beeron at 21:32